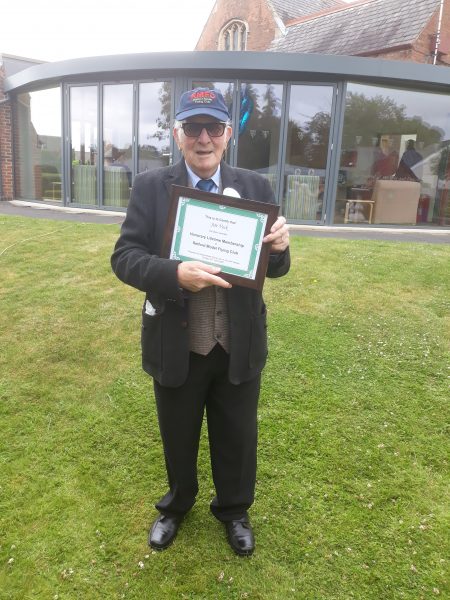 Retford Model Flying Club has awarded honorary membership to their oldest member on his 90th Birthday.

Taking up our sport in 2011 was a late decision in life, starting off with a glow fuel trainer he progressed through the achievement scheme passing his A first time. Jim found glow fuel models a problem as he had moved house and only his daughters garden shed was available to use as a storage area. Changing to electric was the simple option and again he is a regular down at the flying site helped by members to continue flying.

Gentleman Jim received a certificate of honorary membership along with RMFC cap which was never removed during the celebrations, we wish him well for the next 10 years of happy landings.