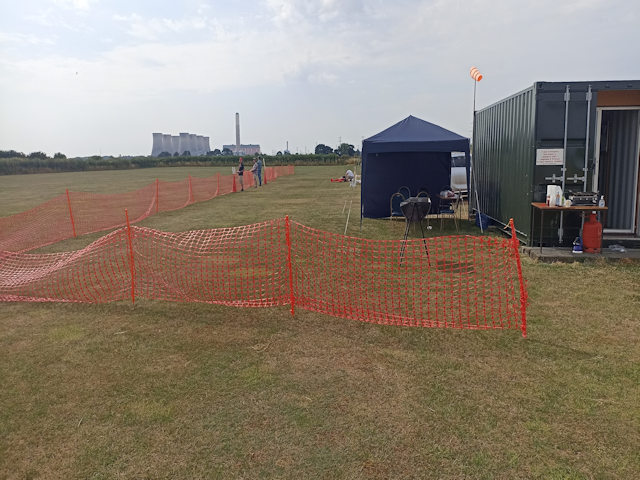 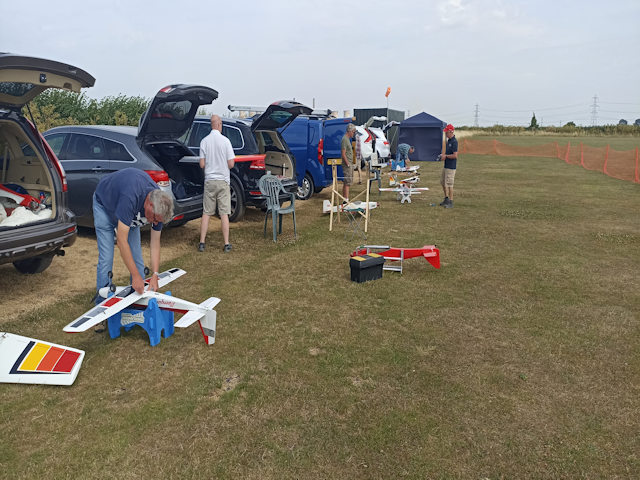 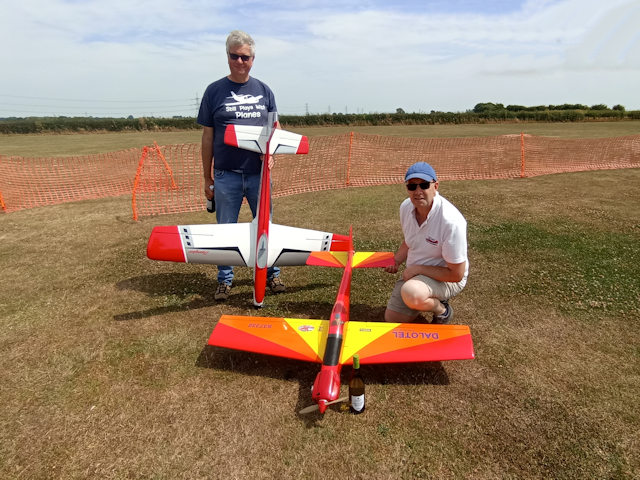 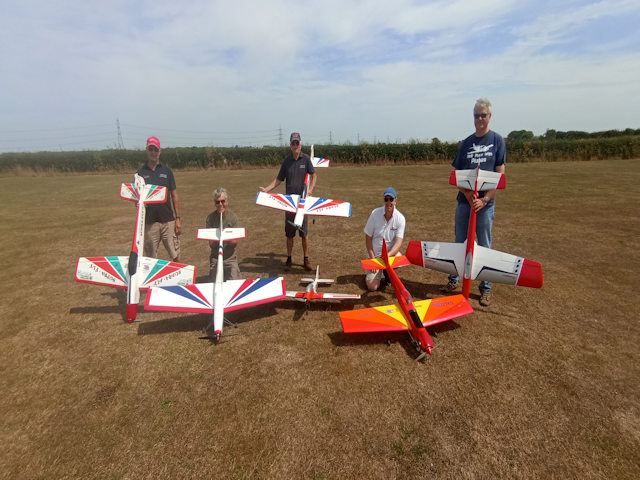 The UKCAA annual fly in took place on the 17th July, there were 20 flyers booked in but due to the weather 15 cancelled which was understandable as the temperature hit 95f

Flying started at 10am with club members joining the flight line even in the arduous conditions as the sun was burning the field and us all day. Visitors from the club came along to have a look at the planes and flying but did not stay long due to the heat.

A bottle of wine was the prize for the best aircraft (Stephen) with a further prize for the Pilots/Pilot (Paul) all voted for by UKCAA members and Retford members on site.

Thanks to Glen, Richard, and Minty for helping setting up the field and clearing up after our early finish. By 3pm the heat was over bearing and we all decided enough was enough. The year has been a roller coaster for UKCAA events as a number of events have had to be called off due to high winds or torrential rain but never due to sunshine and high temperature so it was great the Retford day went ahead.